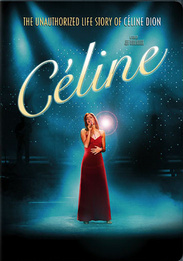 Celine was discovered at the age of 12 by manager and future husband Rene Angelil. She rose to international stardom after winning the Eurovision song contest and burst onto the U.S. stage by recording the award winning theme song for Disney's Beauty and the Beast.

Over the years Celine and Rene secretly grew closer and their relationship turned into a romantic one. Despite fierce criticism and public backlash, Celine and Rene remained strong and focused on her career as she went on to sell over 200 million albums worldwide.

Celine then went on to record "My Heart Will Go On" from the blockbuster film Titanic; the theme song won almost every major award in its year of release. She has also won over 50 awards including Grammies, Academy Awards, Billboard Music Awards, World Music Awards and many more. Celine has faced many challenges throughout her life and this is her story from rags to stardom.