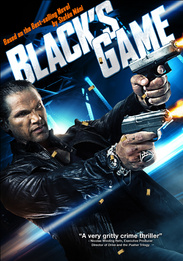 Inspired by actual events. On the eve of the millennium, a student named Stebbi is arrested in a drunken brawl and reacquaints himself with a childhood friend - Toti - to help him find representation at his upcoming court date. In order to pay his debt, he agrees to join Totiâs crew. As he is drawn into the world of Icelandâs drug trade he becomes the drug lordâs right-hand pusher, rolling in cash, drugs and girls. But that all changes as the demands of his occupation start to interfere with the inner drug-trading circleâs protocol, and complications arise when he breaks the circle's rules.