The Americans: The Complete First Season 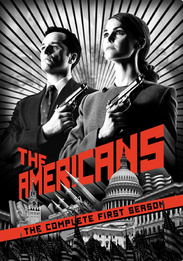 Secrets can be deadly in this suspenseful thriller about undercover Russian spies in 1980s Washington, D.C. Philip (Matthew Rhys) and Elizabeth Jennings (Keri Russell) seem to be a typical suburban couple, but theyâre actually lethal KGB agents plotting to bring down America. As the Cold War escalates, Philip and Elizabeth must take extreme measures to continue their mission and keep their true identities hidden. But when an FBI agent moves in across the street, they become ensnared in a pulse-pounding game of cat and mouse.