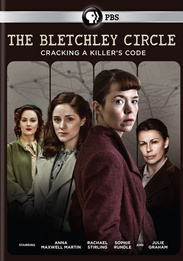 Four women who worked as codebreakers at Bletchley Park have taken up civilian lives. Susan, has collated data about a series of murders. She tries to convince the police she knows where another body is, but they are unable to locate it and dismiss her. She turns to her three friends and they work out where the next victim will be taken, find the body, then decide they are the only ones who can track down the killer.