A Time to Kill 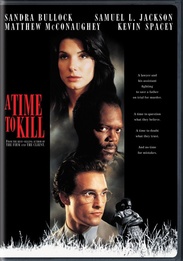 Two men are dead. The man who gunned then down sits in a cell and a small Mississippi town becomes a powderkeg that explodes into a frenzy of activist marches, Klan terror, media clamor, brutal riots, and a stirring courtroom battle for justice.

Rated R for violence and some graphic language.