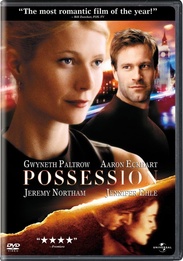 Two literary researchers both discover a romantic relationship between two Victorian poets at the same time. In an effort to beat the other one to press, they find that they are cast under the same amorous spell.

Rated PG-13 for sexuality and some thematic elements.