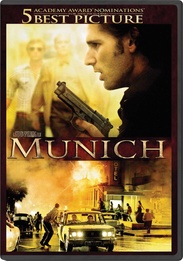 Following the aftermath of the massacre of 11 Israeli athletes at the 1972 Olympics in Munich, a secret Isreali squad is sent to track down the 11 Palestinians believed to be responsible for the act of terrorism.