Review: 'The Titans That Built America' is a patriotic tale 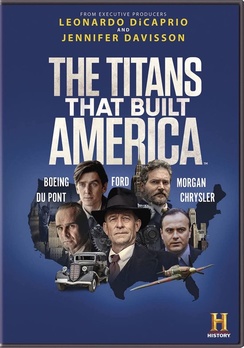 Let's face it, we live in a rather bizarre and precarious time. The political divide in this country is at a point that we haven't seen since the Civil War. And yet, America has faced internal squabbles before and emerged from them stronger than ever.

Will we look back upon this moment in history in much the same way we look back at the time between World War I and World War II? Not as a moment where America stood upon the precarious precipice of our defeat, but as the defining moment of a generation where we put aside our differences for our country?

Only time will tell but it's with this backdrop that I recently reviewed the wonderfully produced docudrama The Titans That Built America. The latest in an impressive run of event miniseries programming from the History Channel, The Titans That Built America showcases the rise of historical figures who need no introduction: du Pont, Chrysler, Ford, Boeing, and Morgan Jr.

Executive produced by Academy AwardÂ® winner Leonardo DiCaprio, the complete miniseries THE TITANS THAT BUILT AMERICA chronicles the evolution and intense rivalries of five post-war giants of industry: Pierre du Pont, Walter Chrysler, J.P. Morgan Jr., Henry Ford, and William Boeing. Out of the ashes of WWI and the Great Depression, a new crop of bold innovators creates new industries â from automobiles and airplanes to buildings and munitions â and rebuilds our nation. After years of competing with each other, these industry titans must unite during World War II to help defeat the world's greatest enemy.

Diving into my watch, I wasn't quite sure what to expect. Initially, it felt like this was simply going to be a dramatic miniseries with faithful recreations. Immediately, it's hard not to be impressed with the production value, but then these scenes were interspersed with modern-day experts and business leaders.

Along with the narration by Campbell Scott, the viewer is gently immersed in the period with a guiding hand that truly brings understanding to one of the most intense periods of American history. In my experience, history classes tend to focus on the two World Wars and the Great Depression while glossing over the rest.

Sure, there are plenty of museums and programs to fill in the rest, and growing up in Detroit, we got a healthy spoon-full of the impact of Henry Ford on the shaping of our great nation. But, even with this expanded knowledge, I was unaware of his son Edsel's dalliance into aviation.

Furthermore, unless there has been a major Hollywood motion picture on the subject, we tend to digest these titans of industry within their spheres of influence without realizing that they all traveled in the same social circles and were certainly in competition with one another.

It would akin to us not understanding the competition between Richard Branson, Elon Musk, and Jeff Bezos. Much like these modern-day Titans, the industrial pioneers at the heart of this series were often competitors who attempted to best one another in any way possible.

A great example of this told in the series is the story of how du Pont would only invest in the Empire State Building if it were taller than the recently completed Chrysler Building in New York. It seems that a massive ego is a trait shared by many successful businessmen no matter the generation.

All of this metaphorical measuring business aside, the main thrust of the program was to show how these Titans of industry were able to put aside their differences in the face of a common enemy in World War II. While history has been kind to FDR and his presidency, this show provides an insight that even the most popular of politicians will have his or her detractors.

And yet, despite their differences and misgivings, these leaders of innovation answered the call for their country. From Boeing and Ford's involvement with military vehicles to du Pont's contributions to the Manhattan Project and the atomic bomb, it's clear that while impressive on their own, these Titans truly are great when working together.

While it's easy to draw the comparisons between then and now, I am certainly not advocating for another World War or similar catastrophe. You would hope that we've evolved to the point where we can come together for the common good. And while we have seen some movement in this direction, we have a long way to go.

I only hope that we are able to gaze into the past and learn from our mistakes quickly enough so as not to repeat them. Programs like The Titans That Built America are instrumental in providing historical context and helping us to connect the dots.

If you haven't watched it yet, you should connect the dots and pick up a copy. You won't be disappointed. The Titans That Built America is now available on DVD. 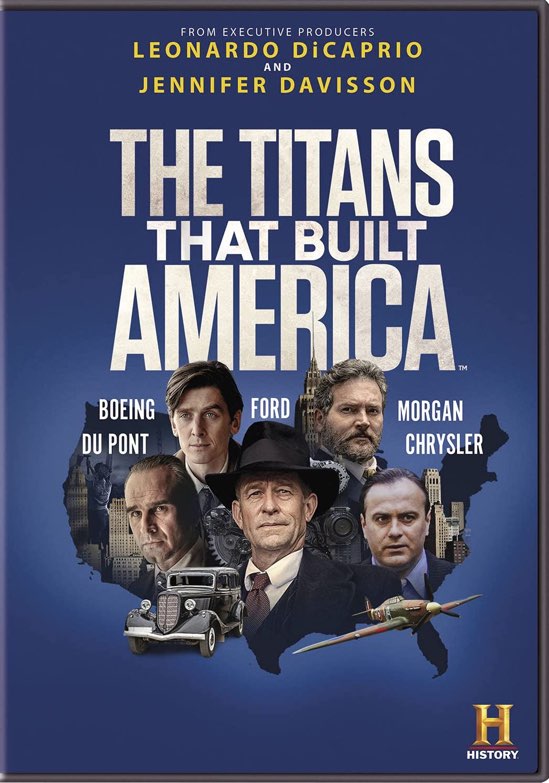